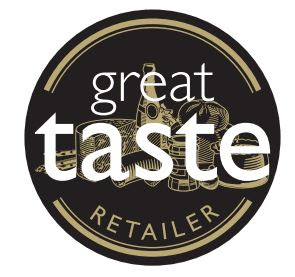 The Guild of Fine Food hold an annual event described as the ‘Oscars’ of the food world and the ‘epicurean equivalent of the Booker prize’: The Great Taste Awards. Thousands of food producers enter their products, which are blind tasted by a team of more than 400 judges over 50 days. This year there were 10 000 products entered and just 34% of those were awarded one, two, or three stars.

Every year I scour the results, looking for names I recognise. Because I know most of our product producers personally, I love to see their names on the list as I know what a big deal this event is for them. To win a star means their product has been independently recognised as tasting great.  And to win the top accolade of three stars, well that is pretty much as good as it gets!

For the last seven years I have been writing a blog post to list all our winners (you can still read them all: 2007, 2008, 2009, 2010, 2011, 2012 (part one and part two) and 2013). As much as I love seeing more and more of the products we stock being given Great Taste Awards, my job of list making gets harder each year! This year I started early and pinned a few winners every day to our 2014 Great Taste Award Winners pinterest board. But it has still taken me until November to write the full list, and it is basically just a list, but even so took me an entire day to write. But here it its. More than seventy award winning products I believe! Well done everyone!

Out of 10,000 products entered this year and just 123 were awarded the highest accolade of three stars.

One of these went to the Blaisdon Red Plum Jam from The Artisan Kitchen. Here are some of judges' the comments:
Sarah also received four one star and three two star awards for her other preserves, including the Blood Orange Marmalade we also stock.

Azada were awarded three stars for their virgin almond oil for the second consecutive year!

There were 697 two star awards given out this year. This included Mike's Smokehouse Manuka Smoked Salmon which we've been stocking since we opened and it's still a favourite.

Olive Branch's Sweet Olive, Fig and Almond relish was awarded two gold stars. The unique product is similar to a sweet chutney, and pairs particularly well with goats cheese. It can also be used as a luxury topping for ice cream or over Greek yogurt as a snack. Olive Branch were also awarded a gold star for their red wine vinegar with orange honey and their red wine vinegar with thyne honey.

Like Teapigs, Tracklements come away from the awards each year with a collection! This year they received two stars for their chilli jam (again), and one star each for fig relish, strong English mustard, strong horseradish & cream, beetroot & horseradish relish and apricot and ginger chutney.

Other products which are new to us also won gold stars; sweet chilli popcorn from Popcorn Kitchen.  Turron de Guirlache from el Lobo, English Truffle Oil from The Truffle Hunter and Pineapple Fruit Crisps from Nim's.

In our fridge, our Spanish chorizo from Brindisa was also awarded a star as was Colston Bassett Stilton, Barkham Blue, Rosethorn Blue and Cornish Blue, Shemin's medium curry paste, Tim's Dairy Greek Yoghurt and Tom's Pies; Chicken, Ham Hock and Leek. Along with Mike's Smoked Duck and  Smoked Salmon Pate which complete yet another hat-trick for the smokehouse.

Even our Christmas turkey producer, Copas, was awarded gold stars, one for their organic turkey and one for their free-range chicken. Loseley bakery, who make quiche for us throughout the year, were award a gold star for their Stollen, which we will have for Christmas, and Lewis and Cooper's Plum Puddings (which we also have each Christmas) won another gold star. 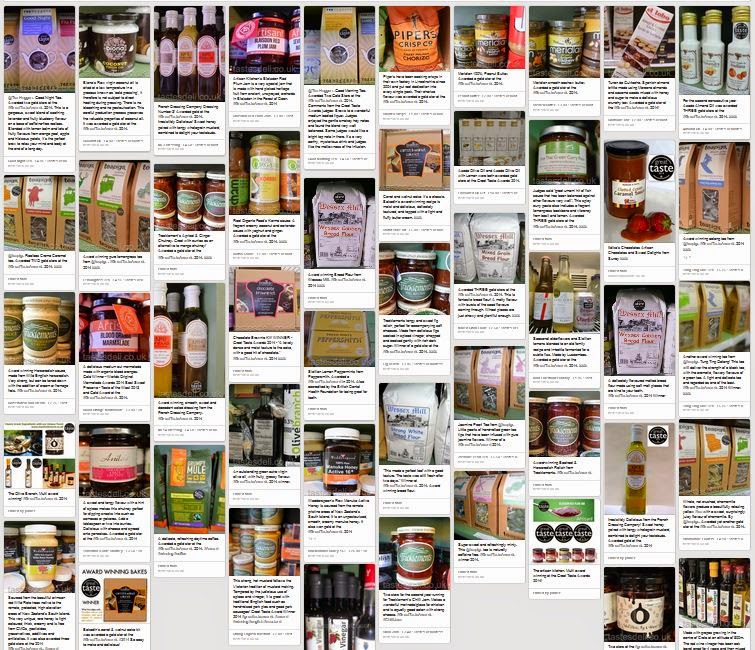 Thanks to all our producers for creating such delicious foods for us to sell and enjoy!
Posted by Karen (@ Tastes)